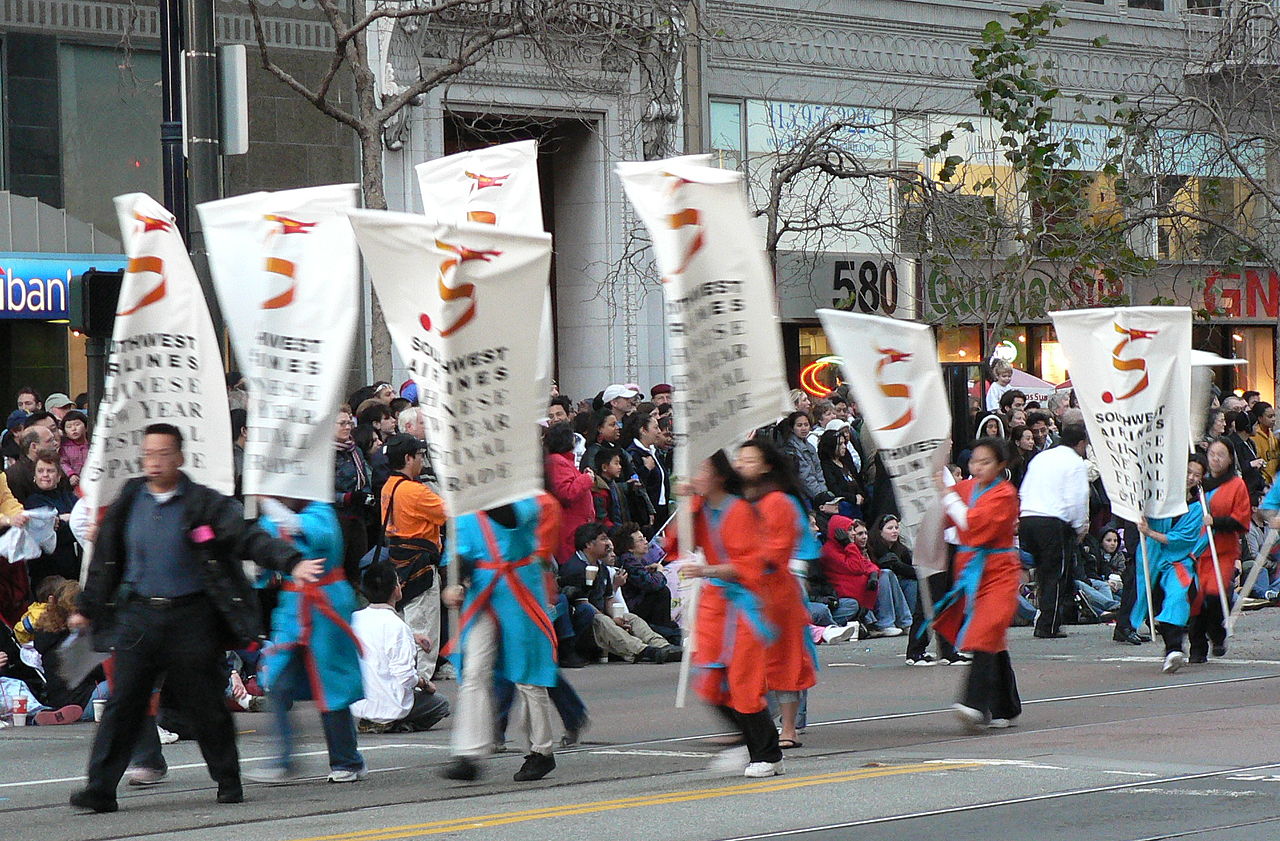 The annual Chinese New Year Festival and parade in San Francisco is held for approximately two weeks following the beginning of the Chinese New Year. The march in its current form combines elements of the Chinese Lantern Festival with features that are typical of a regular American parade. The parade is one of the oldest of its kind outside of Asia, first being held in 1858 along Grant Avenue and Kearny Street. It is the largest Asian cultural event in North America, with millions coming to participate and watch. The current parade route begins on Market Street before heading to and terminating in Chinatown.

The parade is well-known across the United States for its floats and lion dancers, as well as the vast number of participants of all ages who contribute to making it one of the largest of its kind. Numerous elementary school children, who are dressed in costume, participate in the parade, alongside marching bands, stilts walkers, Chinese acrobats, and a Golden Dragon. As is typical with Chinese New 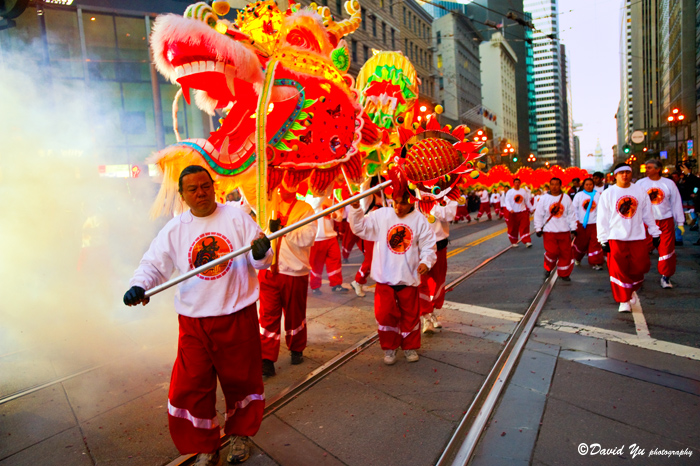 Year events, explosives are a large part of the occasion, and an observer can typically expect to hear over half a million firecrackers. The sheer volume of the event has meant that many participants and observers are advised to bring and wear ear protection.

The Golden Dragon is one of the primary focal points of the entire parade, often considered by many to be the grand finale of the whole show. The dragon itself is made in Foshan, China, and is approximately 270 feet long. It takes a large team of over 100 men and women from the martial arts group White Crane to carry it. The parade is currently sponsored by Southwest Airlines, and the entire event is hosted by the San Francisco Chinese Chamber of Commerce.

The parade can be traced back to the California Gold Rush, which saw many Chinese immigrants come to San Francisco to work in the gold mines which were popping up, as well as on railroads in search of wealth and a better life. The Chinese community desired to share their culture with others, ultimately deciding to blend one of America’s favourite pastimes with their own New Year celebrations.