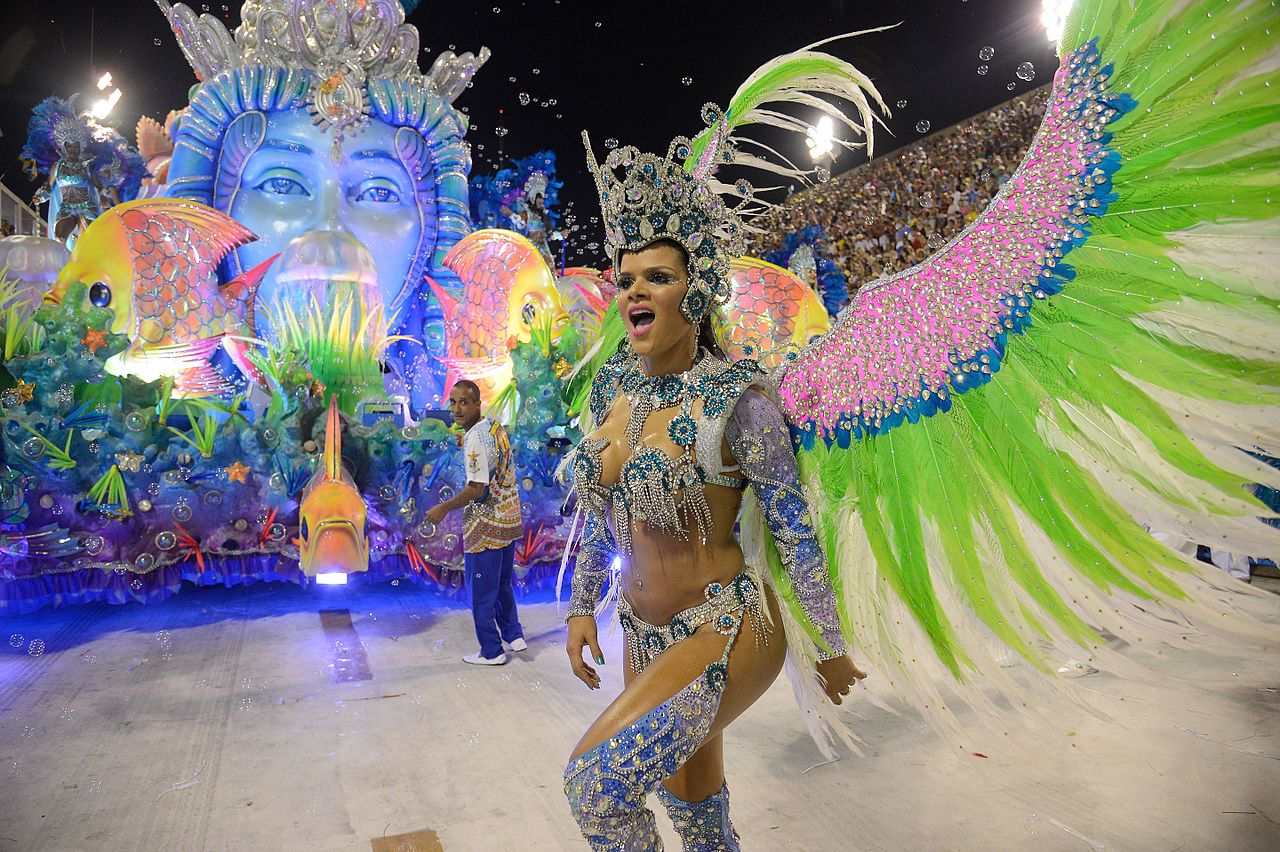 The Rio de Janeiro carnival is the most famous in the entire world, held each year before Lent. The celebration is also the biggest in the world, attracting an average of two million people per day on the streets of Rio. The carnival is also one of the oldest, with the first one said to have taken place back in 1723.

The typical carnival parade is filled with excited revellers and heavily decorated floats from numerous samba schools in both Rio de Janeiro and across the country. A samba school is typically composed of a group of local neighbours who wish to attend the carnival together, with most of them having a common geographical and social background. The entire event is highly organised, with each samba school having specific roles

that they have to play and begin their parade at a particular time.

The earliest version of the Rio Carnival took place in the 1640s, although during that time it was a series of feasts that were organised to honour the Greek wine gods.

Due to the sheer size of the carnival, it is rarely possible for one attendee to see everything which the celebration has to offer. The carnival is typically split into different parts, with separation of the main parade and festivals that happen on the streets. The street festivals are often geared toward locals and usually omit many activities that are more popular with tourists, although anyone is allowed to participate in them. Many carnival visitors solely attend the street festivals, with many pointing out that the main parade attracts too large of a crowd to be viewed effectively.