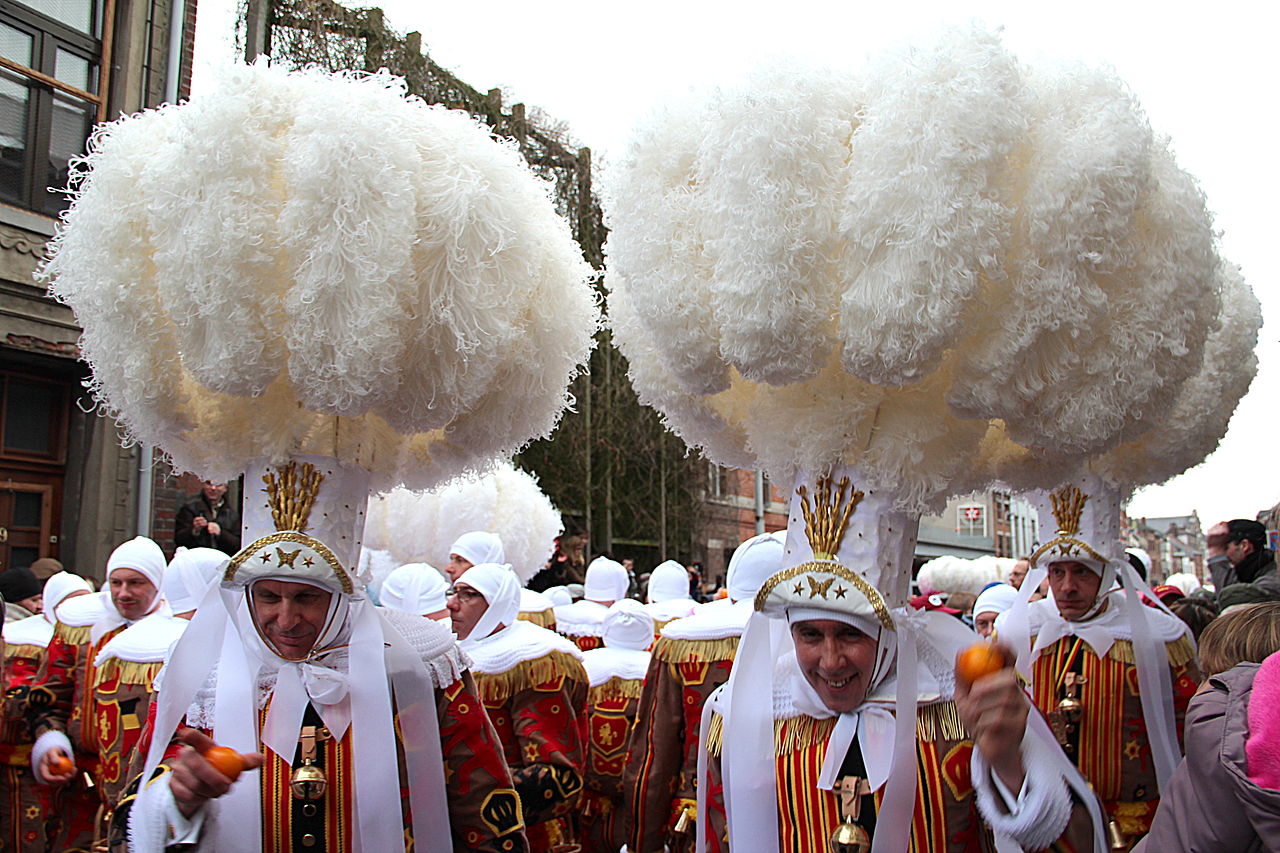 The Carnival of Binche is an interesting event which is held each year in Binche, Belgium, during the Sunday, Monday, and Tuesday that precede Ash Wednesday. While the carnival is one of many that takes place in Belgium during the period before Easter, the Carnival of Binche is the best known. The festival was proclaimed as a Masterpiece of the Oral and Intangible Heritage of Humanity by UNESCO, with the history of the carnival being dated back to the 14th century.

Events that precede the main carnival begin weeks in advance, with some starting

seven weeks before the main celebrations. Street performances and public displays traditionally occur during the weekend before Ash Wednesday, with most of the acts consisting of musicians, dancing, and marching. This means that large numbers of Binche’s inhabitants will spend the majority of the Sunday before Ash Wednesday in their carnival costumes.

The carnival is perhaps best-known for its performers dressed in clown-like outfits which are known as Gilles. They typically appear on Shrove Tuesday and are characterised by their costumes of vibrant colours, as well as their wax masks and wooden footwear.